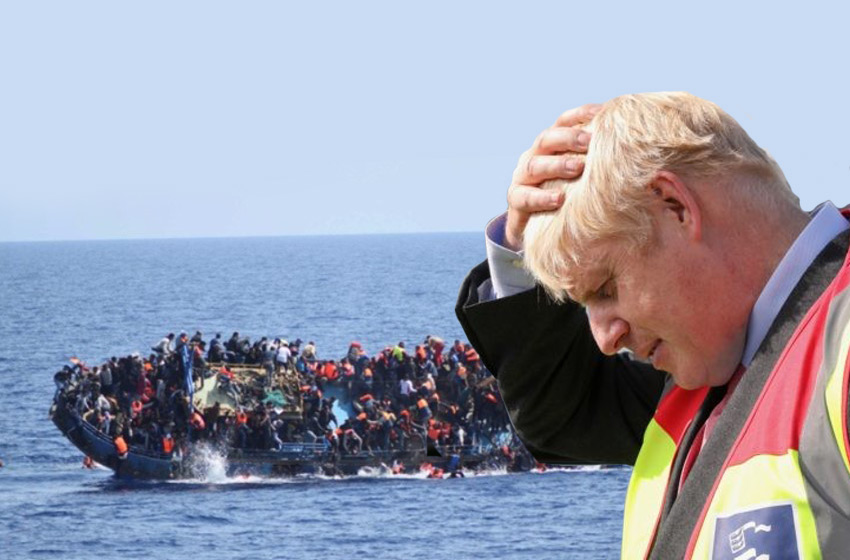 Prime Minister Boris Johnson has “lost control” of the growing illegal migration crisis and failed on his promise to send back boat migrants, a report from Migration Watch UK claimed.

During his election campaign, Johnson warned illegal migrants crossing the English Channel that “we will send you back.”

Yet in the past few months alone, scores of rubber dingy boats full of illegal immigrants have arrived on the English south coast from France.

According to the anti-British, pro-immigration BBC, an estimated 4,200+ illegal migrants have already arrived, while just 155 boat migrants have been deported.

This scandal has taken place in the full knowledge of the Government and authorities and with their complicity.

Independent reporters have been silenced by police and French authorities have been shadowing these boats until British authorities can pick them up on the other side of the English Channel.

On arrival, boat migrants are not tested for coronavirus. Instead, they are loaded on buses and put up in plush hotels at the British taxpayers’ expense to await the outcome of their asylum claim.

Despite claiming to be asylum seekers, boat migrants are travelling from the safe haven of France.

This means that under international law, not a single boat migrant is eligible for asylum in Britain.

The main issue Migration Watch UK highlighted in the report is the so-called “pull factors” (financial benefits) for migrants attempting to reach Britain, saying that “for many illegal entrants, getting to the UK is a no-lose option”.

Boris Johnson – who infamously supported amnesty for all illegal immigrants – and the Conservative Government has let down the British people on an incredible level.

Unprecedented and draconian Government ‘lockdown’ measures to prevent the spread of Coronavirus – a virus with a recorded death rate of less than 2% – have continue to devastate businesses and our nations’ economy.

While the British public are being oppressed, Johnson has been smuggling in thousands illegal migrants.