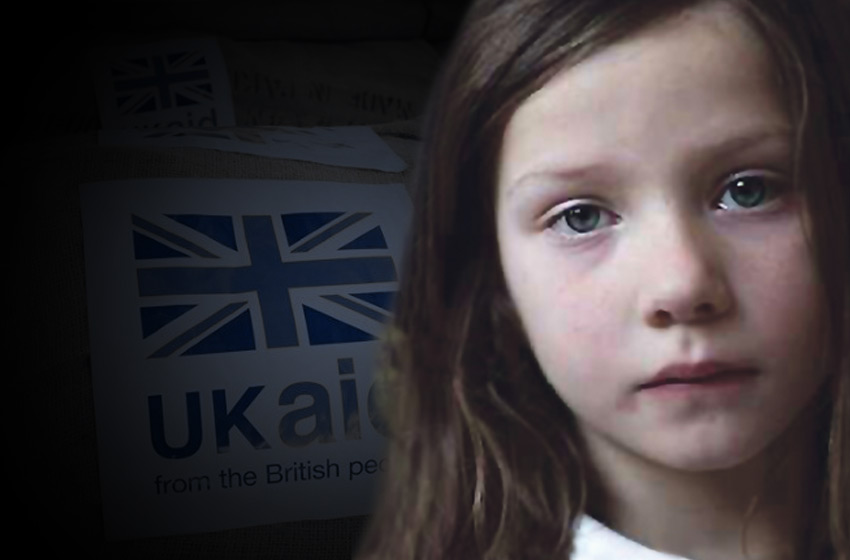 It’s the scandal of our times:

Tens of thousands of pensioners dying each winter because they can’t afford their energy bill, British soldiers refused benefits and social housing, patients dying in NHS waiting rooms because of massive under funding, and an estimated 1.7 Million children in Britain living in severe poverty – and what does Theresa May do?

She can’t tell you exactly where this colossal sum goes, because the situation in most of these countries is so bad that there’s no way of knowing where it ends up.

In 2012, the British Government handed over £1Billion to the 10 most corrupt countries in the world including Somalia, Sudan, Eritrea, Libya, Afghanistan and even North Korea

G7 nations dream up targets which dictate that Britain must send more and more money abroad every time the economy improves, rather than having a real assessment of need

We do know that African dictators enjoy lavish lifestyles, terrorists can afford weapons and burgeoning economies can send rockets to space – at our expense while our people are dying here in Britain because they cannot afford the basics.

It’s a crisis, that’s why Foreign Aid must stop until we can provide for our own.

Where has our money gone?

A study by the respected anti-corruption organisation Transparency International reveals that all but one of the 20 most corrupt countries in the world receive aid from Britain.

£210 Million
Has its own space programme

£136 Million
Has a £32Billion mining and gas economy

£27 Million
Has the largest economy in the world