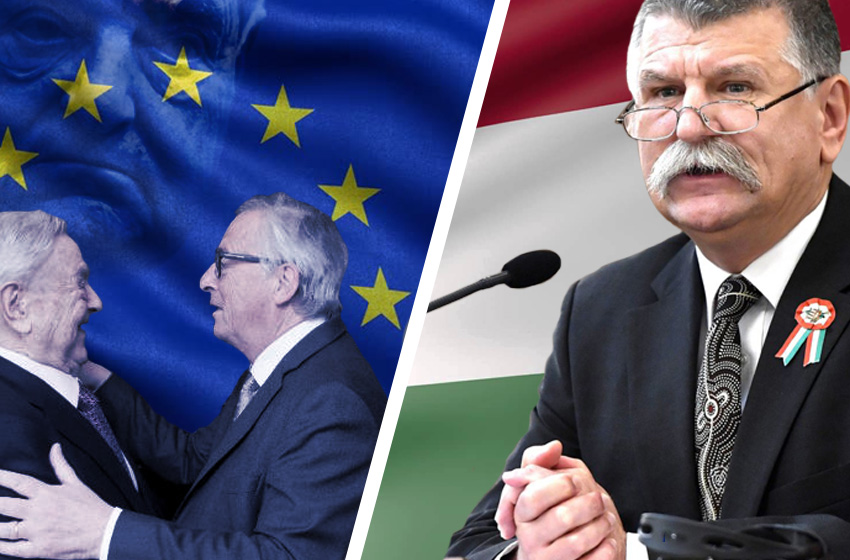 A leading Hungarian politician has warned of a technocratic “global government” that is working to erase individualism and create a homogeneous, border-less world of mind-controlled atheists.

László Kövér, Speaker of the National Assembly of Hungary, rang the alarm bells against globalism during a conference earlier this week.

“The new technique and ideology of government is aimed at creating (societies) without an identity,” Kövér said, asserting that “both ethnic majorities and minorities” are being targeted by an ever-expanding “global government.”

“They want to strip people of their religious, national, family, and even sexual identities, so that they are no longer able to recognise, express or enforce their own interests,” he asserted.

“Potential colonists will occupy the minds of people and communities to be captivated.”

This is our homeland, our life, and since we don’t have another one, we will fight for it till the very end and we will never give it up.

Kövér is a founding member of the conservative Fidesz party which currently controls the government and is heavily supported by Hungarians, due in large part to the positions taken by party leadership and Prime Minister Viktor Orbán against open borders, migration, and the Islamization of Europe.

Last week, Orbán addressed a historic crowd in Budapest who had turned out for a national holiday commemorating Hungary’s struggle for independence, during which he declared, “our biggest battle is about to begin.”

“We are fighting an enemy that is different from us.

“Not open, but hiding; not straightforward but crafty; not honest but base; not national but international; does not believe in working but speculates with money; does not have its own homeland but feels it owns the whole world,” he continued, making a clear reference to the ‘George Soros mafia,’ the most aggressive proponents of globalism.

“This is our homeland, our life, and since we don’t have another one, we will fight for it till the very end and we will never give it up.”

“Africa wants to kick down our door, and Brussels is not defending us,” Orbán said.

“Hungary and Europe face a mass migration wave which endangers the way of life of their peoples. Europe is under invasion.

“The situation is that those who don’t block migration at their borders will be lost.”

Orbán’s warnings complement Kövér‘s, as the agenda of global government is being implemented by unelected technocrats in Brussels who are systematically transforming Western civilisation by erasing traditional principles, poisoning culture and flooding Europe with millions of foreigners with radically different values.

On April 8, Hungarians will head to the polls in a critical election that will affect not just Hungary’s immediate future, but will shape the destiny of Europe.

According to the latest opinion polls, Fidesz holds 49% support.